NSS Unit-VI of Kathua Campus, University of Jammu, celebrated ‘National Constitution Day’ to commemorate the 73rd anniversary of the adoption of the Constitution of India, under the banner of Azadi Ka Amrit Mahotsav with great fervor and gaiety in the Campus Seminar Hall.

The program was held under the patronage of the worthy Rector of the Kathua Campus, Dr. Meenakshi Kilam. She motivated the students to affirm their commitment to the Fundamental duties and should uphold the ideology of the Indian Constitution. She further encouraged everyone to play their rightful role in strengthening Indian Democracy.

Prof. Susheel Kumar Sharma, Coordinator, UIET, in his message stressed the importance of this special Day. He added that Constitution is aimed at reiterating and reorienting the citizens towards the values and principles expressed in the Constitution.

Event coordinator Mr. Amit Sharma, Assistant Professor from the Department of Computer Science & IT, read the Preamble of the Constitution, wherein all the staff members and students joined him for a pledge ceremony. In his address, to the gathering, he mentions that Constitution Day, also known as ‘Savidhan Divas,’ is celebrated in our country on 26th November every year to commemorate the adoption of the Constitution of India. On 26th November 1949, the Constituent Assembly of India adopted the Constitution of India, which came into effect from 26th January 1950. Mr. Amit Sharma in his welcome address applauded the freedom fighters and the members of the constituent assembly for realizing this day.

On this occasion, a documentary of making of Indian Constitution was streamed for the gathering. Several enthusiastic students from the Department of Computer Science & IT and University Institute of Engineering and Technology (U.I.E.T.) participated in the program. They highlighted the key features of the Constitution and its spirit, which have enabled everyone to enjoy the benefits of a free society, free speech, and freedom to practice religions. 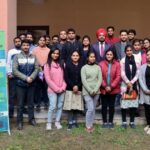 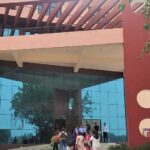 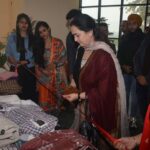